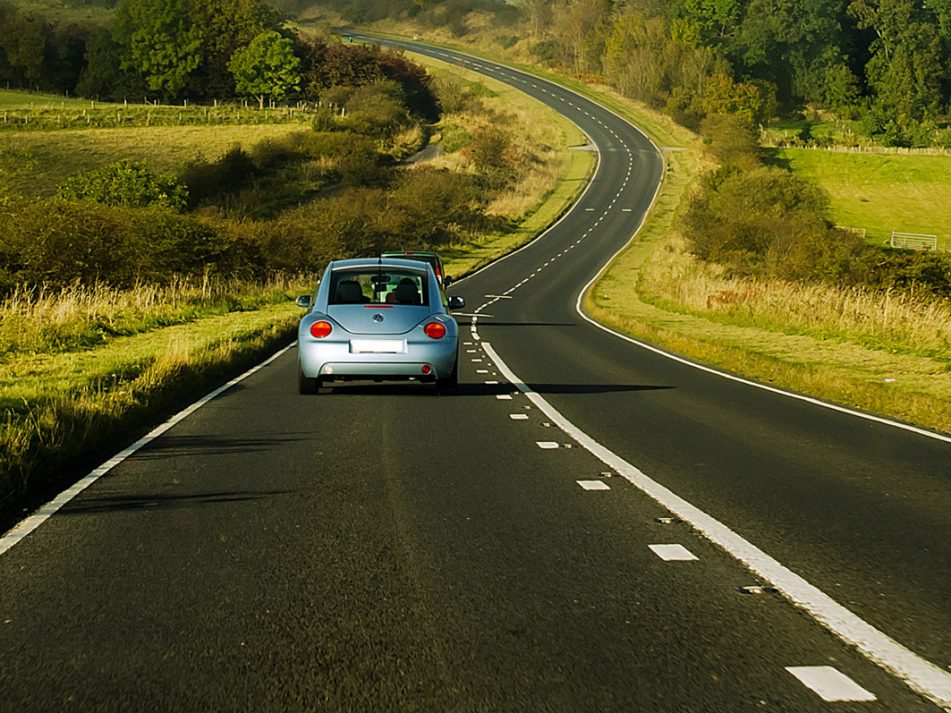 What to do if you hit an animal with your car

Hitting an animal with your car can be a stressful experience, especially if you’re a new driver and you haven’t had much experience out on the road.

The speed at which you were travelling, the size of the animal, and the extent of its injuries can all have a bearing on how upsetting the encounter is for you and the other occupants of your vehicle.

However, over and above the emotional impact of the collision, and whatever your conscience is telling you to do next, it’s important to note that hitting an animal with your car brings with it certain legal obligations.

Depending on the animal that you’ve hit and perhaps injured, you may have to notify either its owner, a vet or the police. In this article, we’ll run through the different scenarios and what to do in each one.

We’ll also look into whether your new driver insurance may be able to help you pay for any repairs to your vehicle after the incident.

Try to get a good understanding of which animals you are likely to encounter on any of the routes you commonly drive.

How do you do this? Well, some roads may have regular signs alerting drivers that animals are commonly seen crossing them. It’s a good idea to get familiar with the various road signs that tell you that your route may also be used by, say, deer or horses.

If you’re travelling in built-up areas, you also need to watch out for domestic animals like cats and dogs.

Next: drive safely and carefully

If you find yourself driving along a road like this in poor visibility conditions – perhaps you’re driving at night, or perhaps there’s a lot of low-lying mist or fog – you should switch on your headlights and use them to help you see a good distance up ahead of you.

In situations like this, time will be of the essence. The more time you have to react to the animal ahead, and to adjust your speed or direction safely, the better for everyone involved.

If you do find yourself driving along a road that features animal warning signs, or is well known for animal sightings, you should keep your speed at a sensible level.

Remember, many creatures don’t have the same road sense that we do, and may suddenly jump out onto the road from nowhere. Again, the more time you have to respond, the better.

Bear in mind, too, that stopping distances will be greater if the road is wet or icy.

Hitting an animal: what does the law say?

If the worst does happen and you do hit an animal while driving, there are some clear steps to take, and a clear order to take them in.

First of all, you need to ensure your own safety, as well as the safety of anyone else in your vehicle – and any other road users. No matter what animal you have hit, you should stop the car – even if you are not to blame for the incident.

Note that this applies to animals on the road, but also those travelling in vehicles – you might go into the back of a horse box or a lorry carrying sheep, for example, or simply be involved in a collision with another vehicle that is carrying an animal.

So, first things first, you should look for a safe place on the road to pull over. Check on yourself and your passengers. Is everyone unharmed? Is your car still roadworthy?

After you’ve stopped the car and checked on yourself and your companions, the next thing you should do is to make a thorough assessment of the surroundings and road conditions.

The last thing you want to do, after an upsetting incident like this, is to create the potential for further accidents by, say, stepping recklessly into the carriageway and causing an oncoming vehicle to swerve to avoid you.

In fact, you may well be in shock after the collision and it may be difficult to focus. Try to remain calm, breathe deeply and take in your surroundings.

Once you’ve made sure that it’s safe to leave your vehicle, you can now approach the animal and check on it. Once again, take care over this step. The animal you have hit will very likely be frightened after the encounter and they may try to bite or scratch you.

If you are able to safely move the animal off the carriageway, you should do so, so it’s out of the way of other road users. However, if the creature is injured, you may need some specialist advice on what to do.

In this case, the RSPCA should be your next port of call: you can phone them on 0300 1234 999 and give details of the collision and the animal involved, and they’ll be able to tell you what to do next.

Having done this, you should remain at the scene long enough to allow for anyone to ask for your details if they need to – whether this is the police, the RSPCA, or the owner of the injured animal.

Who else should you notify?

If you are driving and collide with any of the animals covered by the 1988 Road Traffic Act, you have a legal responsibility to inform the police.

When you have reported the incident, you should follow any advice that the police give you. For example, they may ask you to stay at the scene while they take down some details.

Once the police tell you that you can leave, your legal responsibilities are over. The local council has the task of removing any wild animals from the road – so you should contact them to tell them about the incident and location.

What about animals not mentioned in the Act – a fox, say, or a domestic cat? Here, your responsibilities are slightly different. You are no longer under a legal obligation to report the incident to the police – but it may be a good idea to do so, even so. We’ll go into the whys and wherefores of this in a little while.

Other steps you may need to take

If you believe that the animal you’ve hit may be a domestic pet, try to locate its collar so that you can get hold of the owner’s details and contact them.

The animal may be badly hurt and in need of medical attention: in this case, the police will be able to give you details of local vets who will be able to help. Alternatively, you can use the Royal College of Veterinary Surgeons’ Find a Vet website to find a practitioner near to you.

I’ve hit a wild animal. What should I do?

If you hit a wild animal, such as a fox or badger, or simply see a wild animal lying injured while you are driving, you should take a look to assess whether the animal is seriously injured. Your next course of action should be to take it to a vet or, if this isn’t possible, to call the RSPCA on 0300 1234 999.

What should I do if I hit a cat?

Unfortunately, cats being hit by cars is a common occurrence. It’s very upsetting to see someone’s beloved pet lying injured by the road, but there are things you can do to help.

If you do find a cat that’s clearly been involved in a road accident, you should take them to the vet. This advice holds true even if they appear to be unhurt, as they may be carrying internal injuries that may not be discernible.

You should pick up the cat carefully in clothing or a blanket and keep them warm. Be extra careful as the cat will be frightened and may be in pain – and could be aggressive as a result.  Then, take them immediately to a vet, in a box if you have something suitable.

Accidents involving deer are unfortunately quite common in this country. Estimates put the annual number of deer involved in vehicle collisions at somewhere around 74,000, and that these deer-related accidents may result in over 450 driver injuries, and even a few fatalities, every year. Small wonder that collisions are numerous, as there are an estimated two million deer of various species resident in the UK.

Of course, being large animals and typically travelling quite fast, deer can also inflict considerable damage on vehicles, and the annual cost of damage to vehicles in these incidents is put at around £17 million.

So how can you potentially avoid an accident with a deer? The advice offered by the RSPCA is to remain vigilant for deer warning signs on the road; to keep to the speed limit of whatever road you are following; and to take extra care in the early morning and evening, when deer are at their most active.

Lastly, if you do hit a deer, you should notify the police.

If I’m about to hit an animal, should I perform an emergency stop?

This one is largely a matter for judgment and common sense. Yes, you might want to swerve to avoid the animal – but be aware that any sudden movement on your part, especially veering into traffic coming from the opposite direction, could bring a whole new level of danger to the scene.

A sudden movement or braking, or moving into the opposite carriageway, could cause a much bigger accident, which could see you claiming on your young driver insurance.

So, you should use your judgement. With a smaller animal, simply make an assessment about whether the road is otherwise free of traffic, making it safe for you to brake or swerve.

When it comes to a larger animal, such as a deer, it becomes more important to avoid a collision if at all possible. Any impact in this case could cause serious damage to your car and possibly even yourself and other occupants.

This is where, especially at night time in poor visibility or on roads where animals are sighted regularly, it becomes all the more crucial to drive at a slower speed than normal and to remain especially observant of the road up ahead.

Will my insurance cover me against a collision with an animal?

This is an important question to address, as you can cause some considerable damage – to both the animal and your vehicle – if you hit a large animal when driving at speed. If your car insurance policy is comprehensive, it will probably cover you for damage of this sort but you need to read your policy carefully to see what’s included.

It’s worth bearing in mind, though, that making a claim after a collision like this may result in the loss of your no-claims bonus, unless your policy features a protected no-claims discount.

Young driver insurance for every situation

As a relatively new driver you need to prepare for a lot of potentially challenging situations on the road. Hitting an animal is one of the more unusual of these, but it’s not impossible that this might happen to you.

If you equip yourself with some specialist young driver cover, however, it may help produce the best outcome for both you and your vehicle.

Smartdriverclub’s young driver insurance is based on telematics. A Smartplug will be fitted to  your car and record things like how fast you drive and whether you drive a lot at night. If you can prove that you’re a careful driver, you may qualify for a discount when it comes to renewal.

Breakdown cover and personal accident cover can also be included.

Get a quote for young driver insurance from Smartdriverclub today. 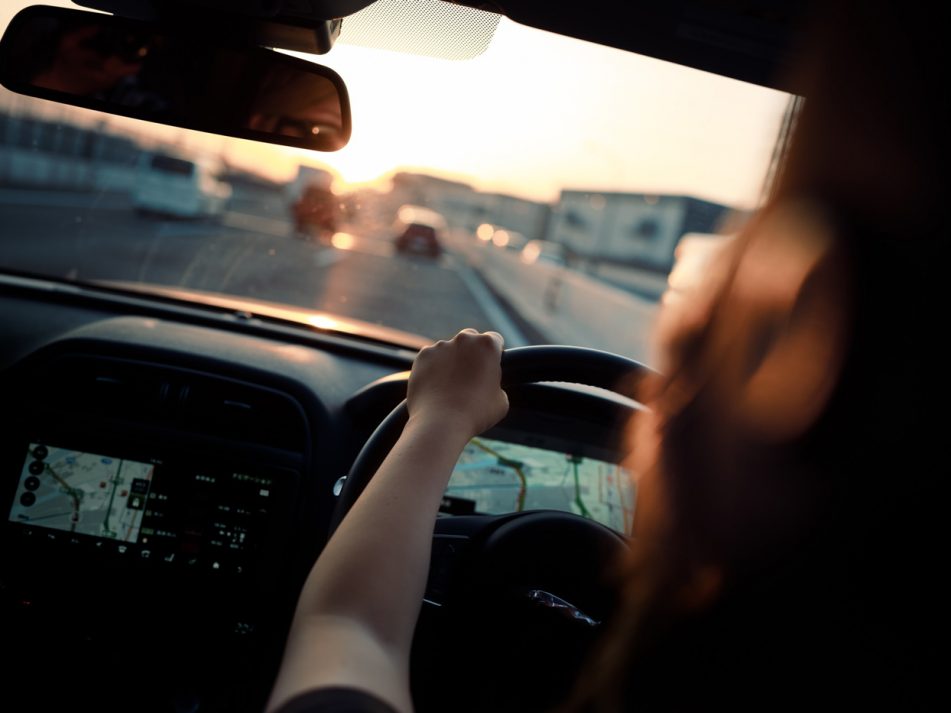 If you need to view or share your driving record for any reason, it’s helpful to know what these codes stand for.