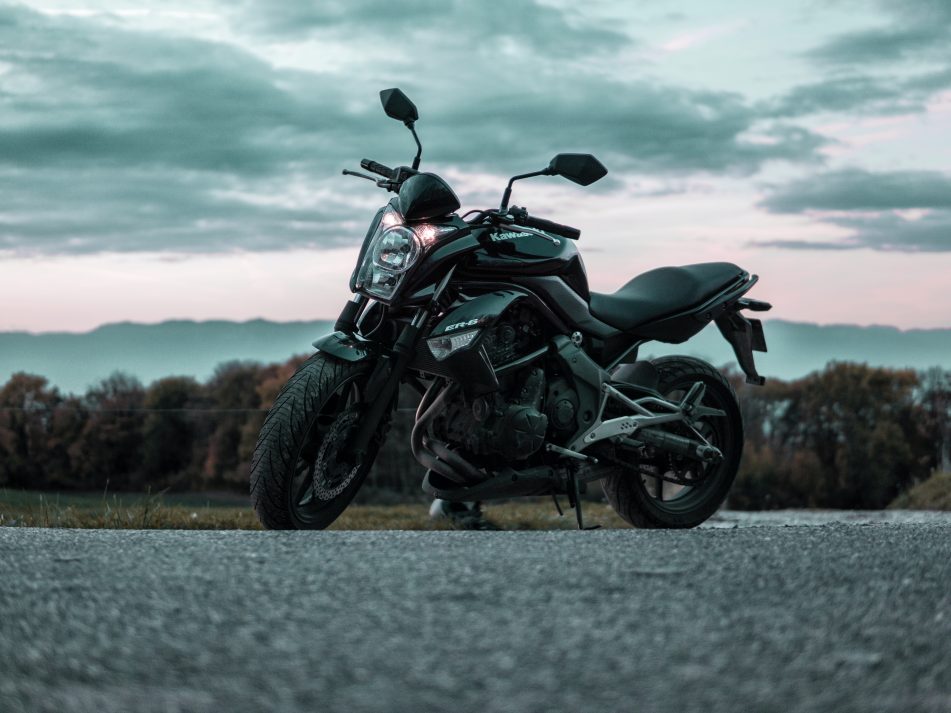 What first-time drivers need to know about motorcycles

Motorcyclists have the highest accident and injury rate per mile travelled of any road users. As a new driver, there is a lot to process when you’re driving and you will be learning all the time. However, the need to look out for motorcyclists should always be in the forefront of your mind. It’s not an excuse to say you didn’t see a motorcyclist – you should be looking and driving carefully enough to spot one.

So, what can you do to make sure you consider the needs of motorcyclists?

How does it feel to ride a motorbike?

Motorcyclists follow the same rules of the road as car drivers, but it’s important to recognise the differences between the different types of vehicle. When you understand things from a motorcyclist’s perspective, it may make it easier to anticipate their needs and actions.

Most obviously, on a motorbike there are two wheels rather than four. This means that a car has greater stability than a bike. Motorbikes lean when taking corners and need to be parked correctly or they will fall over.

Whereas in a car you can simply move the steering wheel to manoeuvre, on a motorbike you are more conscious of balance and how your weight is distributed as you lean into a corner. Motorcyclists also need to monitor the road surface more closely than car drivers, looking out for potholes, spillages and other hazards.

Motorcyclists tend to have a better view than motorists. Without car pillars in the way and in an elevated position, you can see much further. Being outside of the sheltered environment of a car, with the wind whizzing past your ears also makes you more aware of surroundings and conditions in a way that does not apply in a four-wheeled vehicle.

Whereas for many people, driving a car is simply a way of getting from A to B, motorcyclists are more likely to be passionate about their mode of transport, which is why they’re prepared to accept the higher level of risk that accompanies motorcycling.

An important advantage of riding a motorbike, and one all car drivers should be aware of, is the ability to weave through traffic. Motorbikes find their way through traffic jams, rather than causing them – each motorbike is one less car stuck in the jam.

The statistics on motorcyclists and road collisions are stark. According to official 2019 figures, motorcyclists make up 1% of traffic in the UK but account for 19% of road deaths and 10% of accident casualties. The risk of death for a motorcyclist is at least 57 times the rate of a car occupant.

Bikers have the highest rates of accident and injury per mile travelled of any road user; in 2019, 108 motorcyclists were killed per billion miles travelled, compared to two car drivers, 29 cyclists and 35 pedestrians covering the equivalent distance.

Official figures showed a 16% reduction in motorcyclist deaths and casualties compared to 2020, as travel habits changed considerably during lockdown and overall traffic volumes fell 14%. However, as pandemic restrictions are eased, statistics are likely to return to pre-pandemic levels.

Motorcyclists take many steps to protect their own safety, from wearing helmets and protective clothing to biking defensively or taking the BikeSafe training scheme to boost their skills. Bikers are encouraged to consider their position and visibility on the road, watch out for hazards, monitor the road ahead carefully, maintain a safe speed and be ready to brake at any time.

Whereas car drivers are protected by the shell of their car, airbags and seatbelts, motorcyclists can easily be thrown from their bikes onto the road. This means that bikers are more likely than car occupants to be injured in a collision. Of the 16,244 motorcycle casualties that occurred in 2019, more than one in three (36%) suffered a serious injury. The average serious injury rate of car occupants in an accident is just 11%.

The good news is that death rates of motorcyclists have improved considerably in recent decades, reducing 76% since 1979. There are now around 300 motorcyclist fatalities each year, compared to the 1930 high point of 1,832 but that’s still too many.

What are the most risky places for motorcyclists?

Junctions are by far the most dangerous places on the road for motorcyclists, accounting for around two thirds of all collisions. Blind junctions are particularly hazardous.

Many collisions occur at crossroads or staggered junctions where both a motorcycle and a car both go ahead at the same time, or where a car is turning right but a motorcycle is going ahead. Other risky situations include slowing or stopping and turning right or waiting to turn right.

Weather can also play a major role. As motorcycles are less stable than cars, they are more likely to slip when the road is wet, especially if it is muddy or icy. Debris in the road, including leaves or a covering of snow, can mask road hazards such as potholes or pose a danger in themselves. High winds also pose an additional risk.

Rain can impact a motorcyclist’s ability to see and be seen, covering visors with water droplets or making them fog up. Strong sun can also create glare, which makes it harder for motorcyclists to ride safely.

Accidents are more likely on rural roads; the countryside accounts for 40% of motorcycle traffic but 68% of fatalities. This may be due to higher average speeds on country roads as well as some roads being winding and narrow with hazards such as blind bends and hidden dips.

How can you reduce your risk of a collision with a motorcyclist?

As a new driver, there is a lot to get to grips with: navigation, coping with day-to-day driving, managing distractions, arranging first time driver insurance and getting to know your car, to name but a few.

However, it’s important to remember that all those careful observations you did to pass your driving test have a real-world significance and you need to keep paying close attention now you have your licence. It’s all too easy to become a little careless with observation once you’re out on the road regularly.

What can you do to be considerate towards motorcyclists sharing the road with you?

Part of the problem for motorcyclists is that car drivers often forget about other road users and their needs. Not everyone on the road is in a car – simply reminding yourself that you might encounter a full range of other traffic including motorcycles, bikes, pedestrians, horses, farm vehicles etc can help you spot them.

Always check your blind spots before moving to change lanes or make a turn. Allow time to look carefully, as it is easy to fall into a habit of only checking for cars – motorbikes are harder to see, especially in poor visibility.

You should never just squeeze past a motorcycle. Riders may need to swerve to avoid a pothole, or could be blown sideways by a gust of wind. Take your time, use your indicator and allow plenty of space. Don’t move back into the lane in front of the motorbike until you are a few car lengths ahead.

Motorbikes might be narrower than cars, but they are entitled to the full lane’s width of the road and can choose where to ride. The law states that motorbikes are entitled to their own lane, so don’t be tempted to drive alongside, even if there appears to be enough space.

You should allow a safe distance between yourself and the vehicle in front in any situation, but it’s all the more important when following a motorcycle. A collision with a motorcyclist is much more likely to result in serious injury or even fatality than shunting a car from behind. Motorcyclists may also be faster to swerve or brake to avoid a hazard, so keeping your distance is vital.

If you’re travelling at night and encounter a motorbike, turn your high beams off as soon as you see them, allow plenty of space and do not overtake.

Many motorcycle collisions occur at intersections where a car turns into the path of a motorcyclist. Reduce your risk by using indicators well ahead of time to tell other road users about your intentions – and carry out careful observations, including your blind spots, before starting to turn.

Junctions are a prime spot for motorcycle collisions, especially if they have reduced visibility. Always pay attention, follow the road signs, come to a complete stop if you need to and watch out for motorcyclists – they are harder to see than oncoming cars. Particular care is needed when crossing the lane of traffic.

If a motorcyclist does something that irritates you, take a deep breath and ensure you regain your composure. You need to remain safe on the road, even if you think other road users are not being as careful as you are.

You should look for motorcycles on both your left and your right before changing lanes or turning. This is particularly true in slow-moving traffic, when bikers might filter through on either side and squeeze through gaps.

Don’t forget about bikes just because you have stopped your car. Motorcyclists and pedal cyclists are at risk from car doors opening, so be sure to check carefully before throwing open your door. You should also have a good look for motorcyclists before pulling out from a parking bay.

How would a motorcycle collision impact you?

As a new driver, you are at a higher risk of being in a road collision than other drivers. What would the consequences be for you personally if you were in an accident involving a motorcycle? The possible consequences include:

Being in a road accident can have a lasting impact on you, especially if serious injury or death are involved. This might be to you, your passenger or another road user such as a motorcyclist.

Being convicted of careless or reckless driving or another road offence is serious and can stay on your record for years. You risk points on your licence and a fine, or in more serious circumstances you could face a jail sentence, unlimited fine and losing your licence.

Getting six points on your licence within the first two years of passing your test automatically means you have to retake your test.

If you are in a collision and need to claim on your first time driver insurance, you stand to lose the excess that applies to your policy.

As a new driver, being in an accident that is found to be your fault will make first time driver insurance hard or even impossible to find, as well as much more expensive.

If you are convicted of an offence, you may need to disclose this when applying for jobs or a university place. In some cases, where driving is part of your work, it may make it harder to earn a living.

Save money on your first time driver insurance

It is usually very expensive to buy first time car insurance. Smartdriverclub can save you money by rewarding good driving behaviour. A black box telematics device is fitted in your car to monitor your driving style. If the data shows you are a careful driver, you could earn a discount at renewal.

Why not get a quote for car insurance with Smartdriverclub today? 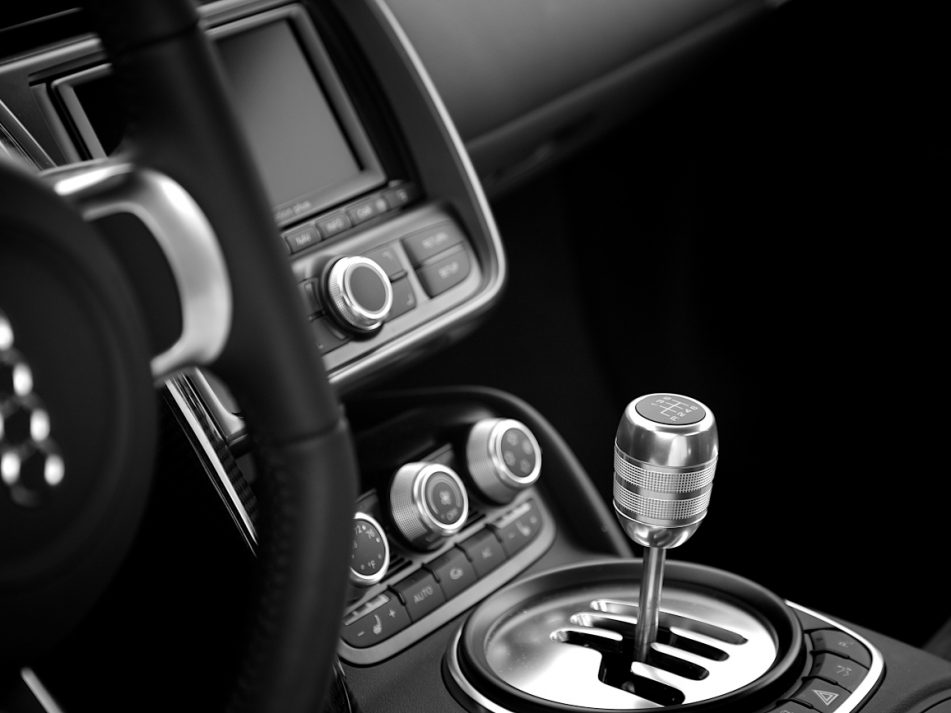 To take your test in a manual or automatic car – that’s the decision every learner has to make. While there’s less to think about learning in an automatic, most learners still opt for manual driving lessons. More than 1.6 million manual driving tests are taken each year, according to the latest data, compared with […]