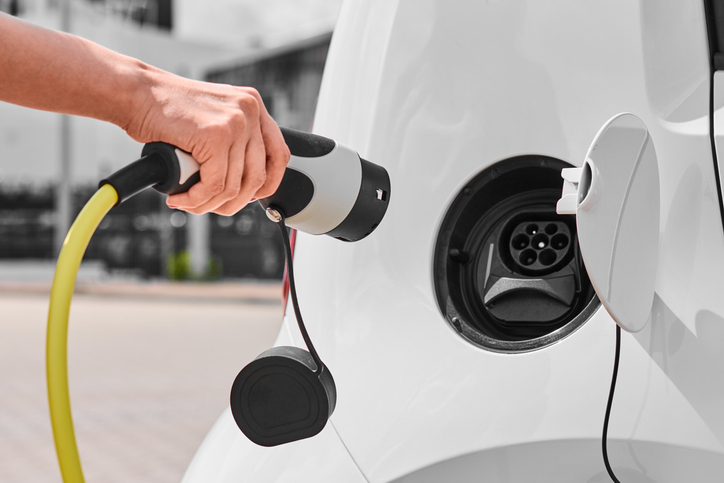 Should you buy an electric car?

With the UK ban on the sale of new petrol and diesel cars being moved forward to 2030, many car owners are weighing up the benefits of investing in an electric car sooner rather than later. The deadline had already been brought forward from 2040 to 2035 after criticism from green groups, including the government’s Climate Change Committee. A new £20 million funding pot has also been announced for electric vehicle (EV) innovation.

While the plans don’t signal the end of the sale of used petrol and diesel cars, could now be the right time for you to make the switch to electric?

In this article we look at pros and cons of buying an electric car and give you useful hints and information about owning one.

Perhaps you’re considering an electric car as your first motor? If so, match it with some young driver insurance from Smartdriverclub and you could save yourself a tidy sum when it comes to renewal.

Why do we need to go electric?

The single, most pressing reason to buy an electric car is the need to combat climate change. Generating around a third of the UK’s annual carbon emissions, transport (including aviation and public transport) is the UK’s largest emitting sector. Vehicles make up the bulk of this, accounting for 19% of all the UK’s emissions.

If the UK is to reach its target of ‘net zero’ by 2050, we need to reduce vehicle emissions. By switching to electric vehicles, the UK is helping achieve the Paris Climate Agreement’s target of a global temperature rise of just 1.5°C by 2050. Electric vehicles are just one part of a wider package of ‘green industrial revolution’ measures being implemented by the government.

Electric cars are certainly increasing in popularity. There were nearly 260,000 pure-electric cars on UK roads at the end of May 2021, and more than 535,000 plug-in hybrid models.

The coronavirus pandemic may have taken its toll on overall car sales in 2020, but it also encouraged more drivers to go electric. Demand for EVs last year was up by 186% compared with the previous year, according to the Society of Motor Manufacturers and Traders (SMMT). While the plug-in electric market expanded 131% year-on-year to take 17.2% of the market. What’s more, the Tesla Model 3 was the best-selling car of any kind in June 2021.

According to market analysts, sales of EVs are expected to increase significantly over the coming years. According to Bloomberg, one in six new cars sold will be electric by 2026.

The benefits of switching to electric

The drawbacks of electric cars

While there are plenty of benefits to buying an electric car, there are also some downsides.

Perhaps the biggest drawback is having to keep it charged up and ready to go. Many residential homes don’t have off-street parking, which can make access to an electrical supply tricky. There’s also the fact that about 40% of people live in rented accommodation and 20% live in flats, making fitting domestic charging points a challenge.

However, work is being done to expand the EV charging network, and you can find charging points at many pubs, supermarkets, motorway service stations, and EV dealerships. There are also dedicated parking bays and charging points available if you sign up to a monthly charging scheme.

Another potential limitation is known as ‘range anxiety’ – the fear you won’t reach your destination without having to recharge or you won’t be able to recharge once you arrive.

Currently, electric cars have a range of 150-200 miles, but the hope is that the next generation of EVs will have a range of up to 300 miles. Of course, if you’re able to plug in your electric car every time you park, range anxiety shouldn’t be an issue. As the UK’s charging infrastructure grows, this will become less of an issue.

A final consideration is the purchase price of electric cars. They currently have a premium of around £10,000 compared to equivalent petrol or diesel models. This may be off-putting for first-time drivers who have a lot of other costs to consider when they first get out on the road. However, with increasing demand and ongoing improvement in battery technology, prices should come down over the coming years. And if you’re sure you can be a safe, careful driver, then our young driver insurance based on telematics technology could save you even more.

Does an electric car suit your lifestyle?

If you tend to make a lot of short journeys around town over the course of a week, then an electric car is a great choice. Take the time to find out where the local public charging points are located, and you’ll soon be able to incorporate charging into your daily routine. For example, during a supermarket shop or outside a favourite restaurant.

If you use a car to commute, it’s worth finding out whether your company has on-site charging points. More businesses are fitting rapid chargers in their car parks, allowing staff to top up their car batteries via contactless payment.

If much of your travelling involves longer journeys, you’re going to need some forward-thinking and pre-planning. The navigation system in your electric car will tell you where the nearest charge stop is located so you can incorporate these into your journey.

Teslas go one step further in terms of helping you plan your journey. Not just telling you where to find charging points, they also keep you informed about how many minutes you’ll need to charge, how much charge you’ll have left when you arrive at the next point, and how many chargers are currently available or being used.

For first-time drivers, the idea of an electric car can be appealing. They’re intuitive, simple to drive and they’re helping to save the planet. And when paired with telematics young driver insurance, they can make a cost-effective option that suits the lifestyle of those getting behind the wheel for the first time.

How can I afford an electric car?

While the running costs of an electric car are much lower than that of a petrol or diesel car, the initial purchase price of an EV can be higher. But that shouldn’t deter would-be buyers. There are various incentives to help make the purchase of an electric car more accessible.

Plug-in car grant: This government scheme pays up to £3,000 of the price of a pure electric car valued under £50,000. The discount is available directly through dealerships and manufacturers.

Home charger grant: The Electric Vehicle Homecharge Scheme is a grant that provides 75% contribution to the cost of a home charging point and its installation. To qualify you must own or lease an electric car and have off-street parking at your property.

Road tax savings: Electric car owners do not pay any car tax, but must register their vehicle via the DVLA’s tax portal. Plug-in hybrids (less than 51/km of CO2) don’t need to pay the first year of road tax at all, and in subsequent years they pay a reduced rate.

Prices for new electric vehicles currently start at around £15,000 right now but that figure can rise quickly for larger cars with longer range. There is a developing market for used electric cars, but as technology improves and new models are released that market will soon expand further.

While the initial cost of an electric car is higher, they have cheaper running costs in the long term. Depending on the car you drive and mileage you rack up, it takes between three to four years for an electric car to become a cheaper option. By far the most obvious cost benefit is the savings you make charging an electric car compared to filling up with fuel.

When any new technology comes to the fore, people can question its safety. This is certainly true of electric cars. However, electric cars are held to exactly the same safety standards as petrol or diesel models, and need to pass the same tests before they are deemed roadworthy.

Figures from the latest Euro NCAP testing reveal that 14 out of 17 electric cars achieved the maximum five-star rating.

Some people have also expressed concern about the safety of the electric battery within an EV. However, when you consider the flammability of petrol or diesel, research has found that the likelihood of a fire or explosion from electric vehicle batteries is the same or lower than that of conventional fuel.

Safety is a key consideration when buying a new car – and can be a particular concern for parents of first-time drivers. Electric cars are certainly a safe option and, when combined with the benefits of a telematics-based young driver insurance policy, they represent an environmentally friendly and cost-effective way to get mobile!

So, the environmental answer to the question ‘should you buy an electric car?’ is 100% yes. However, it is important to consider what you will use the car for, how it will fit to your lifestyle, and how your mileage and driving style can impact its range and how it’s charged.

Make sure you do your research before making a decision – especially if you are a first-time driver.

At Smartdriverclub Insurance, we can help part of the decision-making process easier. Our black box insurance uses data based on your driving habits, and rewards good driving with discounts at renewal.

Other benefits of insuring through us can include:

Looking for young driver insurance? Speak to our team today to find out more.

Policy benefits, features and discounts offered may very between insurance schemes or cover selected and are subject to underwriting criteria. Information contained within this article is accurate at the time of publishing but may be subject to change. 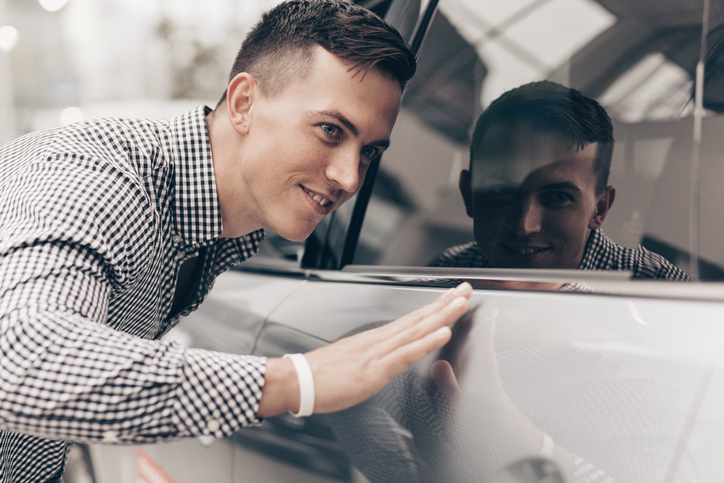 When you pass your driving test, the next thing to do is buy a car and gain that independence you have wanted for so long.