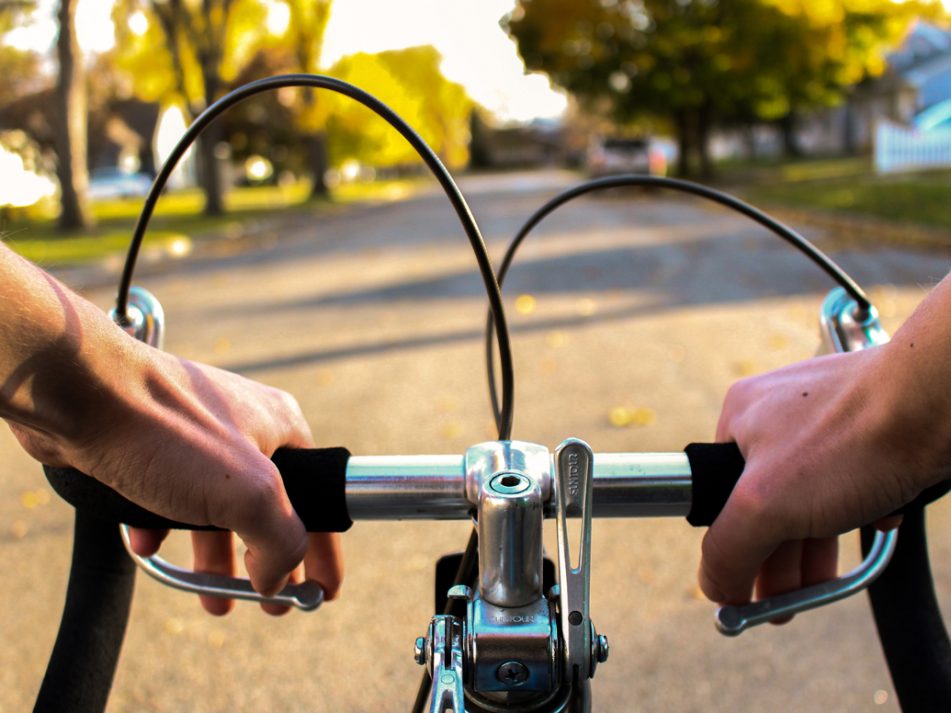 How to stay safe on the road with cyclists

Passing your test and getting out on the roads for the first time alone is an unforgettable experience, but it comes with a whole host of extra responsibilities. Protecting vulnerable road users is a key part of any driver’s duties. And one you’ll need to be vigilant of throughout your driving life.

Cyclists in particular present challenges for the first time driver, and there’s good cause for concern. Government statistics recently showed the number of cyclists killed on UK roads jumped by a shocking 40% in 2020 despite lower traffic levels.

Although the overall numbers of cycling casualties dropped significantly, these are still worrying figures.

Reading our Smartdriverclub ‘How to’ guide to staying safe on the road with cyclists will give you some top tips on how to keep yourself and other road users safe.

Good driving habits like this will keep you safe on the road and could save you money on your insurance for a first time driver.

Speak to Smartdriverclub today to find out more about out black box insurance policies, ideal for those new to the road.

Top tips for staying safe on the road with cyclists

Seriously injuring or even killing someone is a fear many new drivers share and can lead to a great deal of stress and anxiety when out on the road.

Driving should be an enjoyable and liberating experience. And after all that time and money you’ve spent learning to drive, it really does pay to put your mind at rest.

To help you, here are some tips on how to share the highways safely with our two-wheeled friends.

Accident prevention charity RoSPA warns that a shocking 75% of road accidents involving cyclists occur at a junction. Just under half (45%) of cyclist fatalities happen at or within 20 metres of a junction.

To help reduce the chances of you being involved in such a tragic accident, there are plenty of things you can do.

Whether a Vauxhall Corsa, Ford Fiesta or VW Polo, first cars are generally quite small with good visibility. But whatever the size of your car, when turning left you can still present a particular danger to cyclists.

It’s all too easy for a cyclist to be tucked in on your nearside. And if you don’t pay strict attention to your wing mirrors and any blind spots you could cause an accident. If you don’t warn the cyclist you’re about to turn then you could easily crash into them.

And you don’t just pose a danger when you’re driving ahead of the cyclist. If a cyclist is in front of you approaching a junction you want to turn into, some drivers will overtake and attempt to turn sharply across the cyclist’s path.

This is an extremely dangerous manoeuvre. Instead, slow down and resist the urge to overtake. Letting the cyclist pass the junction before turning left is going to be safer for all concerned.

Drivers simply turning left are responsible for cyclists being killed and seriously injured on the roads every year.

A government report looking into how many cyclists were killed or seriously injured at junctions found that 3,462 casualties happened when the cyclist was riding ahead while the other vehicle turned left or right.

Overtaking someone on a bike can be stressful for both the cyclist and driver. Even when travelling at lower speeds always be sure to give cyclists plenty of space.

It’s generally advised to give them at least a car’s width when overtaking. And even more space if overtaking at higher speeds. Indeed, The Highway Code says to give cyclists at least as much room as you would give another car.

A sudden gust of wind and rain, the backdraft from a passing vehicle or debris at the side of the road can all cause further problems for cyclists’ stability and steering. A cyclist veering into your path as you overtake is something you need to watch out for.

In view of the condition of roads, particularly in rural areas, potholes are also a real concern and not just for your suspension! Even a small pothole in a cyclist’s path can cause them to crash if they don’t veer around it.

So, never be tempted to squeeze past a cyclist when there really isn’t enough room. And once you’re safely past, make sure there’s plenty of space before pulling in front of them. If you cause them to brake suddenly they could crash.

Accelerating or braking suddenly around cyclists without a very good reason causes needless danger. As does following them impatiently or too closely! Tailgating such a vulnerable road user will cause them a great deal of stress and is asking for trouble.

Be careful when passing groups of cyclists and ensure you can see well ahead before overtaking.

If the cyclists are riding in single file, bear in mind that you’ll need more time to get past them. If the road ahead isn’t clear then wait patiently. After all, you won’t be able to filter in and out safely between them.

Cyclists are advised that when turning right, they should move into the middle of the road and wait to turn. With traffic approaching behind them and oncoming traffic rushing towards them this can be a daunting prospect even for experienced riders.

Never try to hurry them or squeeze past when there isn’t space. If a cyclist feels pressured and turns when it’s unsafe to do so, tragedy can hit. So, simply wait patiently behind them as you would for any other road user.

As a first time driver you’ll no doubt be watching out for cyclists all the time when driving. But what about when you park up and get out? Your safety responsibilities for other road users don’t stop when you turn off the ignition.

Every year cyclists are seriously injured by drivers opening car doors in front of them without looking beforehand. Dooring is a real safety concern.

According to Cycling UK, 500 people are injured every year by car doors being opened in front of them. While the AA places the figure even higher at 700 dooring injuries per year.

Obviously before opening your car door, you should first check your wing mirror and look behind you. Unfortunately, as the statistics show it’s all too easy to forget this when we’re in a hurry. That’s why the so-called Dutch Reach technique is so useful.

If you’ve never heard of it before, the Dutch Reach is a simple change you can make to help you open your door safely.

It simply requires you to open the door using the hand furthest from the door handle – so your left hand if you’re the driver.

By doing this your body will naturally turn towards the window so you can spot cyclists and pedestrians approaching from behind.

When you consider that even a glancing blow can cause serious injury to a passing cyclist and serious damage to your vehicle it’s an invaluable technique to learn at this early stage.

With more people than ever taking to the roads on two wheels, cycle lanes are popping up all over the country.

This is great news for keeping the roads safe for cyclists, but only if they can use them. Unfortunately, if drivers park or drive in these lanes then it forces cyclists out into potentially dangerous situations.

That said, it’s not compulsory for cyclists to use cycle lanes. Sometimes these are not properly designed or maintained, or may be obstructed.

It’s sometimes better for cyclists to ride on the road, both for their own and pedestrians’ safety and comfort. So, don’t get annoyed with a cyclist who isn’t using a cycle lane, there’s probably a very good reason.

7.         Be aware that not all cyclists are experienced riders

Just as you might still be an inexperienced and nervous driver, the same can easily apply to some cyclists. Be aware that you may come across all types of cyclists when out and about as a first time driver.

Perhaps someone who has just started cycling, families, or people who have not been on a bike for many years.

Also remember, cyclists don’t only suffer from impact collisions but are regularly subject to frightening near misses, too.

Annoying non-injury incidents can be an almost everyday experience for many UK cyclists. Don’t be the cause of putting someone off cycling by inconsiderate driving.

Colliding with a cyclist is an upsetting experience for all concerned. But no matter how it happened, or whose fault it was, there are clear steps you need to follow.

First time driver insurance can be expensive if you don’t speak to the right people. Black box or telematics insurance is a great option that many drivers might not have heard of.

Telematics insurance uses an ingenious black box device to record certain elements of the way you drive, such as how often you brake or accelerate rapidly, take corners sharply or drive late at night.

Simply plug the device into your car and it feeds data back to your insurer and to an app on your smartphone. It’s really useful for first time drivers as you can track your performance and get tips on how to improve your driving skills.

It’s certainly worth considering if you’re hoping to bring down the cost of your insurance premiums in the first few years of driving.

Why not contact Smartdriverclub for a first time driver insurance quote today? 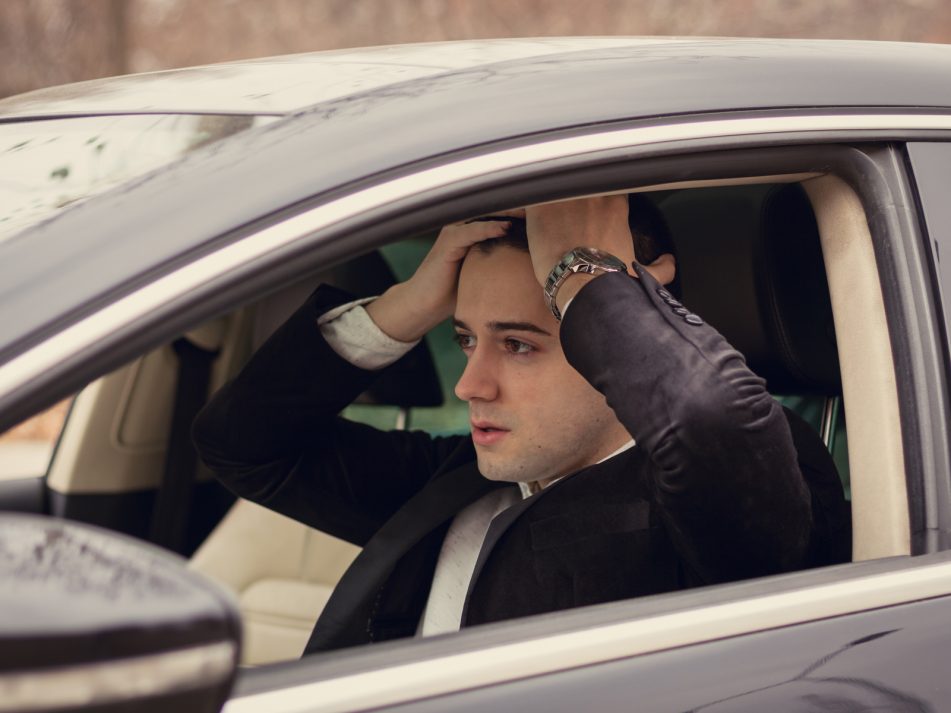 What to do if you run out of fuel

Running out of fuel is a stressful situation – and, with thousands of UK drivers falling into the same trap every month, it’s a lot more common than you might think. All modern cars feature a fairly accurate fuel gauge, plus that warning light that typically tells us when we have roughly 50 miles left […]