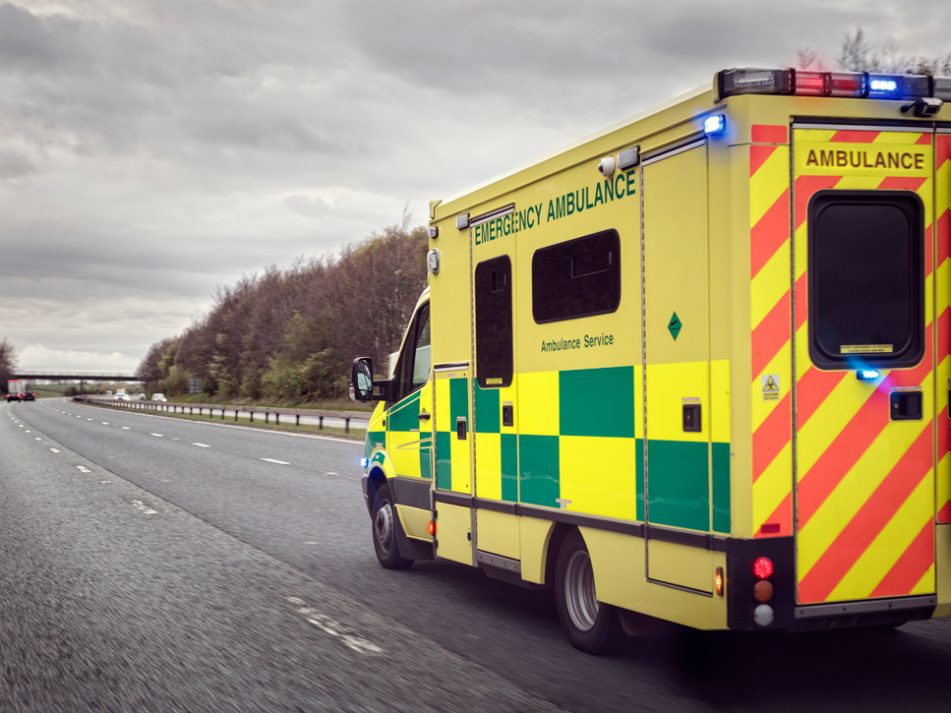 How to drive safely if you see emergency vehicles

Hearing or seeing an emergency vehicle speeding towards you can be an unnerving experience, especially if you’re a new or inexperienced young driver.

Most people panic at a time when a cool head is required. Ultimately, the panic comes from a good place – you don’t want to hold up an emergency vehicle – but that feeling can also make you take risks or make sudden manoeuvres that could get you into trouble.

A recent survey conducted in association with Highways England and cited in The Sunday Times showed that 86% of emergency service drivers want road users to be more aware of how to react when they see an ‘blue light’ vehicle approaching.

More than half (57%) of respondents said that five or more of the emergency journeys they drove in a typical week would be delayed or compromised by the actions of another driver – the majority (57%) because they saw the emergency vehicle too late, leading them to panic.

Fewer than 2% of respondents reported no delays in a typical week.

So, it’s clear there is some work to be done on improving driving awareness when it comes to navigating emergency vehicles but almost every driver has been surprised by an emergency vehicle in their rear view mirror at one time or another.

As a young driver, the last thing you want is to be involved in an incident of your own making as you try to manoeuvre out the way of an oncoming ambulance or police car.

So, let’s take a look at some of the most common mistakes young drivers make when being passed by emergency vehicles.

Driving in a bus lane

You might think you’re better off pulling into a bus lane to let an emergency vehicle pass rather than causing a delay. While this might sound like the logical thing to do, be aware that the local restrictions around bus lanes might still apply.

That means, if you dipped into the bus lanes during the hours of operation, you could receive a penalty depending on what the rules are in that particular area.

You’d have grounds to appeal against any penalty, on the basis that you were trying to avoid an emergency vehicle, but there are no guarantees it will be overturned.

The only time you can safely run a red traffic light is if you’re directed by a uniformed police officer. So, unless you’re at the scene of an emergency, you’re unlikely to find yourself in a situation where you can go through a red light.

The Highway Code makes it clear that drivers must not enter a yellow box junction unless their exit road or lane is clear. The only exception is when turning right and waiting for oncoming traffic to pass.

So, if you’re considering moving forward into a yellow box to let an emergency vehicle pass, think twice. Sit tight and wait for the surrounding traffic to clear.

Sometimes the best course of action to take when blue lights are approaching is to keep on driving until you come to a safe passing point for the emergency vehicle. But, that’s not an invitation to accelerate beyond the speed limit to help make fast progress.

As long as you’re travelling within the speed limit of the road, you don’t need to panic – the emergency vehicle driver will pick their moment to overtake once it’s safe to do so.

Sometimes the best course of action to take when blue lights are approaching is to keep on driving until you come to a safe passing point for the emergency vehicle.

Pulling onto a pavement

The Highway Code says: “Do not endanger yourself, other road users or pedestrians and avoid mounting the kerb.” In London, parking on the kerb is banned and comes with a fine. Elsewhere, pulling up onto the kerb where restrictions are in place, such as a red route or double yellow lines, could earn drivers a penalty.

So, if the only way to create space for an emergency vehicle to pass is to mount the kerb, remember that it’s not worth the risk. Chances are your eagerness will mean you won’t carry out your usuals sweeping checks and you could endanger a member of the public walking on the footpath.

Should you find yourself in an uncompromising position out on the road, with an emergency vehicle approaching, knowing what not to do will stand you in good stead. But what is the right thing to do when you meet a blue light on the road?

Here are some things to remember:

Stay composed and don’t come to an immediate stop

As we’ve already touched on, sometimes the worst thing you can do upon spotting an approaching emergency vehicle is to just come to a sudden halt. Not only can it make it more difficult for a blue light vehicle to pass, it might even cause an emergency in itself if it leads to an accident.

To prevent going into panic mode, keep checking those mirrors so you can catch early sight of an emergency vehicle. Then you have more time to think about the best way of letting it pass, rather than simply slamming on your brakes.

In the survey we talked about earlier, top of the emergency driver wishlist was for other drivers to be more aware of what was going on (86%), to use their mirrors (43%), to think before moving (40%), to avoid stopping in the middle of the road (35%) and near traffic islands (30%) and to use their indicators when giving way (29%).

You might be surprised how long it can take for an emergency services vehicle to pass the traffic behind you, which can afford you a bit of time to think and take the appropriate action.

Of course, you want to let a blue light vehicle pass as soon as possible, but not everywhere is a safe place to slow down and pull to one side.

Before pulling over, consider whether it would be a safe place for a normal vehicle to pass. For example, the entry to a sharp bend or at the brow of a hill could present a danger to both yourself and the emergency vehicle. Instead, keep travelling until the visibility improves, then move to the left.

Be careful of clipping or mounting the kerb as you pull over and avoid stopping near traffic islands in case you block the road.

Before pulling over, consider whether it would be a safe place for a normal vehicle to pass.

Having not long passed your test, you’ll know that solid white lines on roads are used to show where overtaking may be dangerous, typically due to limited visibility. As per the Highway Code, you are only allowed to overtake on double white lines to pass a stationary vehicle, or one travelling at 10mph or less.

Drivers of emergency service vehicles have been trained in judging risk and overtaking safely and will only take potentially risky routes around traffic when it’s absolutely necessary.

So, should an emergency services vehicle end up behind you on a section of road with solid white lines, let them judge if it’s safe to pass. Pulling off to one side could force them to attempt to overtake in an unsafe location.

If you are obeying the speed limit, they might wait until the solid white lines end before attempting an overtaking manoeuvre.

Keep checking your mirrors on the motorway

When driving normally, you should check your rear-view mirror roughly every seven or eight seconds. Mirrors enable you to draw a mental map of everything around you on the road which you need to keep an eye on. Keep this in mind as a test – would you know if the car behind you was turning right into the next junction? If not, and it just disappears, you need to check your mirrors more often, while keeping your attention on the road ahead at the same time.

You might check your mirrors even more frequently on the motorway when you and your fellow motorists are moving between lanes. This will serve you well when it comes to spotting blue light vehicles.

When driving on a motorway, the same advice applies to that described above – don’t immediately brake when you see blue lights and don’t perform any illegal manoeuvres like undertaking in order to make space for an emergency vehicle.

If traffic is flowing freely, look to move to the left when it’s safe to do so, while obeying any instructions on overhead gantry signs.

If traffic has ground to a halt, look to help create a channel for blue light vehicles to use by pulling to the edge of your lane. If there is a hard shoulder available, emergency services vehicles may attempt to use it to pass traffic, so make sure you keep it free.

Consider the size of the emergency vehicle

As you spot a blue light vehicle, make a mental note of what it is: a police car, ambulance or fire engine. Without wishing to point out the obvious, modern fire engines and ambulances are considerably larger than the average car.

You’re going to need to make a good deal more room for a 12-tonne fire engine than you are a police car. You don’t want to force the emergency services vehicle to squeeze through a gap that is too small for it.

Unfortunately, accidents involving emergency vehicles can and do happen, which is why it’s so important to have young driver insurance in place to protect yourself and your vehicle – you never know what you’re going to meet out on the road on any given day.

Without wishing to point out the obvious, modern fire engines and ambulances are considerably larger than the average car.

Having let the first emergency services vehicle pass safely, check to see if there is a second car, ambulance or fire engine following behind them. This is often the case for major incidents, which require multiple different types of emergency services to attend the scene.

Another vehicle might be immediately following or a little way back, so before you pull back out onto the road again, make sure you do a thorough check in your mirrors.

Don’t forget to keep an eye out for green lights

In this article, we’ve referred to emergency service vehicles as ‘blue light’ for obvious reasons. But it’s important to note that you might also need to clear the path for a vehicle with a green light.

A green flashing beacon on a vehicle means the driver or passenger is a doctor on an emergency call. Give way to them if it’s safe to do so, bearing in mind the advice above. Be aware that the vehicle may be travelling quickly or may stop in a hurry.

Why young driver insurance is perfect for those starting out

You never know what’s going to happen when you’re out on the road. At Smartdriverclub Insurance, our aim is to help you cut the cost of young driver insurance. Our Smartplug is simple to install and helps you monitor your driving. After all, a safe and responsible young driver could look forward to insurance savings in the future.

Insurance cover from Smartdriverclub offers a whole range benefits such as:

Get in touch for a free quote today. 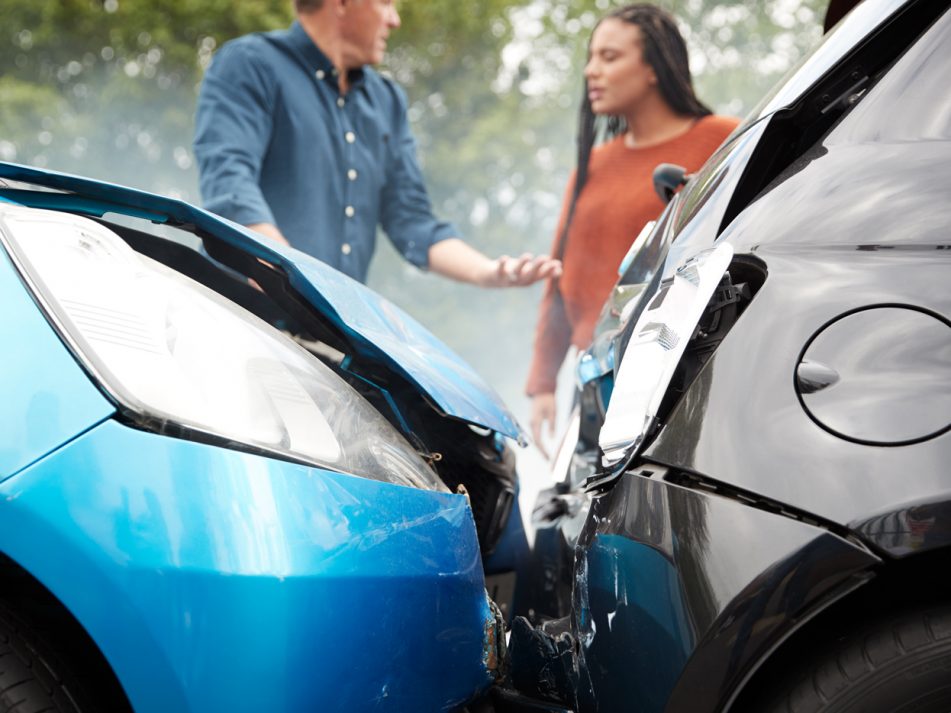 What to do if you have a car accident

The immediate aftermath of a road collision can feel chaotic. The first priority is always safety, but there are also actions you have to take by law and practicalities to deal with. Understanding what your obligations are in advance will make it easier to cope with an accident if you are unlucky enough to have […]