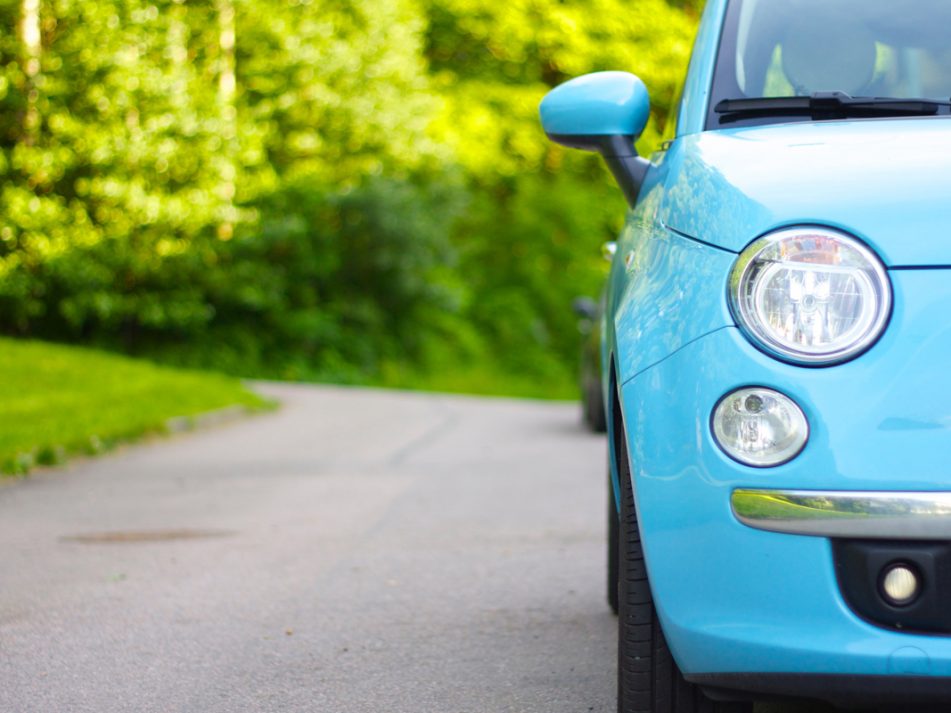 How much does it cost to run a car in the UK?

Having a car can be a life changer. Owning a vehicle can open up job opportunities, enable you to explore new places, or simply make it easier to move furniture around. However, cars can also drain your bank account.

Let’s look at what it costs to run a car in the UK, and what you can do to save money on expenses such as young driver insurance.

What do you need to pay when you own a vehicle?

The most obvious cost of becoming a car owner is buying the vehicle itself. You might choose to buy a car outright or opt for a finance deal, which allows you to make a downpayment followed by regular interest payments.

The purchase price or finance package is only a small part of the total cost of running a car, however – you also need to consider car tax, maintenance and servicing, MOT costs, fuel, insurance, depreciation and other costs such as parking fees and tolls.

According to a recent Nerdwallet survey, the average annual cost of owning a car in the UK is £3,406.80 (or £5,744.40 if you use car finance). Once you look beyond this average figure there are huge variables in how much it costs to run a car, so it’s a good idea to do your research carefully before splashing out on a new set of wheels.

You might choose to buy a car outright or opt for a finance deal, which allows you to make a downpayment followed by regular interest payments.

What determines the cost of running a car?

The cost of owning a car varies according to your own personal characteristics, the type of car you drive, the way you use the car and some other factors, such as where you live and your driving history.

For a start, statistics show that on average, men spend more on cars than women. Men pay an average of £4,344 each year for their cars (discounting finance), while women spend just £2,418. Men are more likely to buy cars outright, too (33% of men versus 20% of women).

Regional location also plays an important role. The way you use a car is likely to be different if you live in the Yorkshire Dales or Central London – the cost of motoring reflects this. Londoners have the highest annual mileage in the UK, at 11,283 miles a year, while those living in the West Midlands have the lowest average annual mileage of 7,926.

Many people forget to calculate running costs when buying a car. It’s a big mistake to buy a vehicle hoping that running costs will be manageable, without checking what the actual figures are. Costs such as insurance for young drivers can be considerable, even potentially making your choice of car unaffordable. Thankfully, Smartdriverclub can help keep those costs as low as possible.

You may also need to have some savings to cover unexpected bills for repairs and maintenance – some cars cost a lot more than others to fix. Depreciation is also something to bear in mind. Cars steadily lose their value over time. This won’t cost you anything on a regular basis, but when you come to sell your vehicle it could be worth much less than you paid for it.

Some 65% of car owners admitted to the Nerdwallet survey that they do not know exactly how much it costs to run and maintain their car each year. Four in 10 (41%) reported dreading their annual MOT test because it often means a substantial bill for work required to get the vehicle to pass.

As a general rule of thumb, it is recommended to spend no more than 10-20% of your gross income on running a car. So, what should you budget for and what can you do to keep costs down?

Depreciation is also something to bear in mind. Cars steadily lose their value over time.

Car tax (also known as Vehicle Excise Duty or Road Tax) is not cheap. You must pay car tax for every vehicle in the UK, unless it is registered as being off-road via a Statutory Off Road Notification (SORN).

For cars registered after 1st April 2017 that are not zero-rated for CO2, car tax varies between £10 and £2,175 in the first year after registration. After this first year, unless a car is zero-rated then cars with a list price under £40,000 pay £140 car tax (alternative fuel such as hybrid) or £150 (petrol or diesel).

Cars with a list price over £40,000 carry a higher rate of tax (£475 for petrol or diesel, £465 for alternative fuels), so be sure to check what applies to your chosen vehicle before signing on the dotted line.

Motor insurance is a legal requirement for car owners in the UK. You must have a minimum of third party insurance if you drive on UK roads, meaning you are covered for damage or injury you cause to other road users.

The average annual car insurance premium in December 2020 was £707, but the prices quoted to particular groups of drivers such as younger people can be much more. For drivers aged under 25, the cost of young driver insurance is over £900 per year.

Factors that will increase your premiums include a history of claims, having recently qualified as a driver, having an unspent criminal record, living in a high crime area, driving a more powerful car, keeping your car on the road, having a statistically riskier profession.

There are many ways you can find insurance for a young driver for less. For example, although third-party insurance provides a lower level of cover than a comprehensive policy, comprehensive insurance is often cheaper. It pays to shop around, but you should also consider insurance costs when buying a car – less powerful models often work out much cheaper to insure.

If you’re being quoted eye-watering prices for first time driver insurance, it’s worth considering a telematics policy, which rewards you for safe driving – find out more below.

The average annual car insurance premium in December 2020 was £707, but the prices quoted to particular groups of drivers such as younger people can be much more.

Once your vehicle is three years past first registration, an annual MOT test is a legal requirement to check that the vehicle remains roadworthy. The maximum cost of a test is set by the government at £54.85 per vehicle, although you may find MOT centres charging significantly less than this.

It is very common for a vehicle to need some repair work to enable it to pass the MOT test, whether this is something minor like changing brake pads or major works. Watch out for centres that charge less for MOT tests – they often charge a higher price for any works that are servicing, repairs and parts, meaning that you end up paying more overall. The average cost of an MOT repair bill is £143.

Most people have their car serviced each year to keep it in good condition and help to pick up on possible problems early. When you come to sell your vehicle, potential buyers will look for a full servicing record to check that the car has been well cared for.

A basic service in the UK costs around £125, plus extra for any parts or repairs that are required. However, a service often pays for itself in helping you to avoid needing more serious repairs as well as the inconvenience of your car being out of action if a problem occurs.

Depending on your annual mileage, fuel costs can be a considerable expense in running a car. The price of a litre of petrol fluctuates over time, making this expense hard to budget for. On average, drivers of petrol cars spend £1,042 each year on fuel (diesel drivers spend £1,265), where cars have average fuel economy.

If you drive more than the average annual mileage of 6,600 (petrol cars) or 9,400 (diesel cars), you may end up spending much more on fuel. The key factors that determine your fuel expenditure are your annual mileage, your vehicle’s fuel efficiency and the cost of fuel.

The cost of fuel makes fuel economy a very important factor in budgeting for buying a car. Newer car models usually have better fuel economy than older cars, so while you might save on the purchase price of an older vehicle, in the long run it’s possible you would save money with a newer vehicle that uses less fuel over time.

The key factors that determine your fuel expenditure are your annual mileage, your vehicle’s fuel efficiency and the cost of fuel.

Driving offences range from minor speeding offences to serious matters such as causing death by dangerous driving. For most drivers, a speeding fine is the most serious charge they will face. Speeding offences are often dealt with through a £100 fixed penalty fine and endorsement of three points on the driver’s licence. Having points on your licence can push up the cost of insurance for young drivers premiums when it comes to renewal.

Parking charges (and parking fines) can soon add up if you will be regularly visiting expensive places to park, such as inner cities or airports. Parking fines can also be expensive – each year local authorities in the UK charge parking fines of around £2.5 million, with an average fine of £38. Beach locations are the most common places for motorists to incur fines.

From 2030, the UK is committed to phasing out sales of new petrol and diesel cars. This means that the UK car market needs to transition to electric cars within the next few years. Does it make financial sense for you to go for an electric car sooner rather than later?

This is a difficult one to call in a fast-changing market. The best advice is to look at the full range of costs you will face with an electric vehicle.  Factors such as initial outlay, vehicle depreciation and servicing tend to be higher with electric vehicles, although this is changing rapidly. On the other hand, fuel costs and car tax will be significantly lower. You will need to consider whether you have a convenient place to charge the car, such as a driveway or garage.

From 2030, the UK is committed to phasing out sales of new petrol and diesel cars.

How can telematics insurance cut your costs?

If your dream car carries a hefty insurance premium, it might be worth considering whether using a telematics box could make a difference for you. Car insurance for young drivers can be very expensive, as a few careless or inexperienced drivers push up this demographic’s risk profile, even if most drivers in the under-30 age bracket are careful and responsible.

You can save money on your young driver insurance by proving your driving credentials using one of our Smartplugs. The small device is fitted to your car, usually in your 12v plug socket, recording elements of your driving such as your mileage and location.

With telematics, your insurance premium is charged according to the reality of how you drive, rather than the average driving behaviour of your age group. It can be a real money saver, and the device can even act as a tracker in the event of your car being stolen.

Get a quote for young driver insurance today and see how much you could save.

How to cut the cost of first time driver insurance

It’s what every learner dreams of: passing their driving test. The joy and freedom it brings is hard to beat. But then what? Unfortunately, it’s back to reality – and that means buying your first car and taking out insurance for a first time driver. These are costs that can soon mount up, so the […]